Well, November is here. In the northern states and in Canada, this usually has fishermen getting one or two last outings on the boat, or working the rivers for a few last chances to hook up before the snow comes.

We have a recent lesson learned on the water working a river system on the border of Michigan and Ontario that provided some good insight for this weekend warrior. Heading out into a river system with some pre-packaged, store-bought roe (fish-eggs for the uninitiated) tied up in some small glass containers, those were to serve as a backup. My experienced guide gave me a small grin as he showed me the remnants of the fresh roe that he still had leftover from an earlier outing.

To the untrained (me), I could not see much of a difference in colour, size, or the netting used to tie up the eggs. Being competitive about just about anything as most males are, my guide and I decided to test the theory that an animal with a brain as simple as a fish should not be able to discriminate between the two offerings.

I am sure any experienced steelhead angler reading this is probably chuckling to him/herself already, but for those curious as to how the contest worked out, I can safely say that I am convinced that getting your hands on fresh / quality roe for an outing on a river when pursuing some beautiful rainbow trout / salmon is a must.

To those not convinced, I can certainly give you the highlights of our contest. We worked the same area of water in that we were essentially vertically jigging the roe sacks off bottom while drifting in the boat with the current. When the first fish hit the natural bait I did not get too worried - could easily be a fluke. However, after several drifts, and 4 hookups to my 0, I was more than suspicious. To prove his point, my guide salvaged a damaged roe sack from the fish he had just landed and put it on the end of his line - so aesthetically, the store-bought presentation to my eye was far superior.

On the very next drift he managed to hook up yet again while fishing only 4 feet from where I was standing. Sure, you could argue weekend warrior vs. seasoned veteran and I'm sure that definitely had some influence, but let's just say for argument's sake that I hooked up a brand-spanking new fresh roe-sack borrowed from my guide, and at the end of the very first drift with us both using fresh roe, I had my first fish on.

There are several techniques to tie, season, store roe out there and we will touch on those in a future article, but for now I thought I would share a recent experience, where my competitive nature kept me out of the action for a time, but by not being stubborn and being willing to adapt to what I see is working, I still managed to hook up and bring some fish in the boat.

Stay tuned for future articles as I said as we will go over the rig we used while drifting in some fairly heavy current, and some of the different tactics that worked for us that day.

Thanks for tuning in! 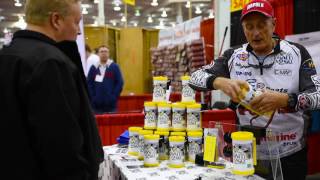 Wish You Had A Spare Hand? 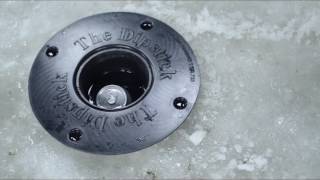 Want A Cold One?